We offer a consolidation program

We offer an excellent free consolidation program here at AAA Express. Over time we have helped our clients save money by reducing shipping related expenses, administrative headaches, and managing the expectations of both our customers and their clients. ​ AAA Express offers a variety of benefits compared to other types of delivery services. We specialize in many different deliveries of any size freight and offer a wide range of service levels and individualized tracking. Th
39 views0 comments 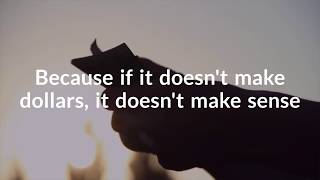 HIRING: The best way to predict the future is to create it. Join our AAA team today and earn your p

Are you a dedicated, hard worker? Do you want to see this reflected in your income? Take control of your life and join the AAA Express Team today! AAA Express is a very busy Mississauga based courier company servicing the GTA and beyond since 1969. We are looking for owner/operator car, SUV and van couriers. Earn a competitive commission of 65% per order. Please bring the documents listed below to your interview (Note that all documents will be verified prior to the interview
35 views0 comments
Kristen Allain

How to lower your overall shipping costs.

Best industry tips on how to lower your overall shipping costs.
26 views0 comments

What it takes to be a courier in Toronto

According to Statistics Canada, with a population of 2.7 million people, Toronto is Canada’s largest city and North America’s fifth most populous municipality. The Census Metropolitan Areas of Toronto, Montreal and Vancouver experience the longest average commuting times at 33 minutes, 31 minutes and 30 minutes, respectively. In both Toronto and Montréal, more than 1 in 4 commuters have travel times of 45 minutes or longer, which is much greater than in any other metropolit
148 views0 comments
aaaexpressonline

THE HISTORY OF COURIERS

Long before the days of motor vehicles, in ancient times, homing pigeons, runners and horseback riders used to be the fastest way to send letters and packages. According to some sources, foot messengers ran several miles to their destinations. In the middle ages, royal courts maintained their own messengers who were paid a higher wage than common labourers. The word courier is derived from the Latin word "currere" meaning to run. Other words were also derived from currere
140 views0 comments
aaaexpressonline